The MCAx Manual Coordinate measuring Arm is a precise, reliable and easy-to-use portable 7-axis measuring arm. It is the perfect partner for the ModelMaker MMDx digital handheld laser scanners and Focus Handheld scanning and inspection software. This total solution’s accuracy, capability and portability make it feel perfectly at home in the metrology lab, on the shop floor and in-the-field.

The MCAx arm can be equipped with a wide range of probing systems for laser scanning, touch-trigger measurements and continuous scanning. Its flexibility makes this measurement arm the perfect solution for the widest range of measurement tasks. The MCAx range of 7-axis articulated arms is available with a measurement volume ranging from 2.0 and 4.5 meter diameter. 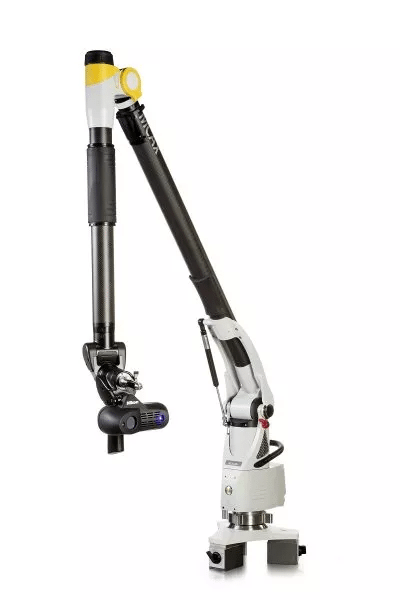 For tactile measurements, MCAx supports a wide variety of tactile (straight and hook) and touch-trigger probes in many lengths and stylus configurations.

The point cloud builds up in real-time as it is being acquired and is seamlessly followed by inspection of the measured geometry against CAD or another scan.

Alternatively, through the Nikon Metrology API, the MMDx/MMCx handheld scanners and MCAx arms can be used directly in many 3rd party inspection software applications, including PolyWorks®, and Geomagic®.

For reverse engineering applications users can select from a broad offering of 3rd party packages which tightly integrate with all Nikon Metrology handheld scanners.

A modular approach to arm mounting and probe connectivity as well as measurement volume extensions and datuming provides a multitude of accessories to enhance usage in the most demanding situations. 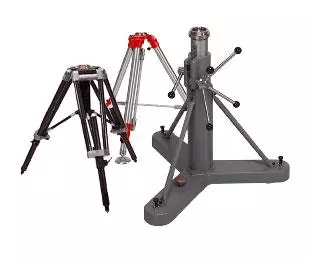 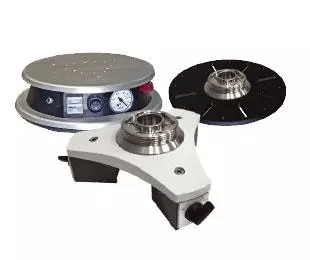 Magnetic, vacuum or bolt-down bases for table or tool mounting 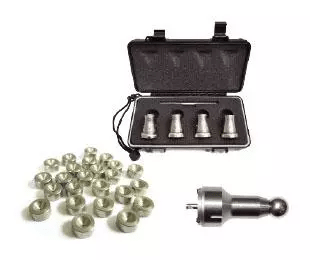 Ask us to compare the Nikon MCAx to FARO!